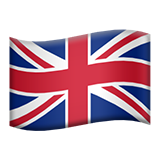 All Games Bonuses
Tournaments More
Back to newslist

Relax Gaming has unveiled the latest addition to its growing games portfolio, Iron Bank, developed in partnership with casino streaming community CasinoGrounds.
Touted as “the industry’s first community-led slot creation,” the high volatility, 6-reel, 4-row, video slot is a fast-paced and feature-packed game that takes players to Cuba where they join the Jaguar, a criminal mastermind who is hell-bent on emptying the Iron Bank’s vault.

The game has a max potential of 49,998.8 times the bet and a trio of Bonus symbols which trigger Extra Spins, allowing players to choose one of three separate heist strategies, each of which presents a varying level of volatility.
Landing 4, 5, or 6 bonus symbols, awards players with 20 times, 200 times, or 2,000 times the state respectively. Players are then able to choose between three extra spins games, including Sticky Mystery Symbols, Expanding Re-Spin Wilds and Progressive Multiplier Wilds.
Buy feature:

Each option is highly volatile and is based on a player’s appetite for risk, while where available, a buy feature can advance players directly to the height of the heist where they can pay 100 times the bet to trigger the bonus and select which of the three extra spins games they’d like to try their luck at.

“Working with CasinoGrounds on this project has been a fun and explorative experience that has proven the value in listening to the wants of the player community.
“The team’s enthusiasm was infectious and we’re proud to have brought their ideas to life. The result is a game that is one of the most feature rich slots on the market with high levels of suspense and a captivating storyline that will no doubt appeal to a wide range of player demographics.”
Iron Bank’s high win potential, fast-paced gameplay experience and engaging narrative is the culmination of CasinoGrounds’ creative game specifications and the production expertise of the talented сontent supplier.

“As slot enthusiasts, designing our very own casino game is a real dream come true and we’re grateful to the Relax team for turning our vision into reality.
“They’ve been a pleasure to work with, listening intently to what we wanted and making sure our ideas translated into a game that would meet the expectations of our community. If you’re looking for a slot that is as action-packed as it is fast-moving, then Iron Bank is the game for you.”
New hire:

In addition to the first-ever player-created slot game, the B2B iGaming provider and aggregator recently brought in a third in-house games studio for its new Stockholm office.
It has been a landmark year for the Malta-based company’s in-house studios, with its hit Money Train 2 launching on September 2nd this year and crushing company records, along with other hit releases, including La Fiesta, Hellcatraz, and all-time fan favorite Temple Tumble, helping to establish its award-winning portfolio as one of the industry’s most coveted offerings.

Learn more
Back to newslist

Your browser is out of date!

Switch to one of the following browsers:

Hope you'll enjoy our casino. Please make sure you know everything about the safe gaming. Find all the information in our articles.